Plok is the main character from the Plok! video game. Living in Poly-Esta archipelago, this red and yellow creature is the king of Akrillic island.

Plok is a true bundle of energy that nothing can stop; he is short tempered, irresistible, petulant, fully unpredictable and really dangerous for those who try to resist him. Plok also has a huge dislike for fleas.

Plok can drive some vehicles in the Poly-Esta archipelago. 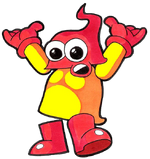 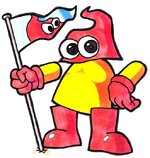 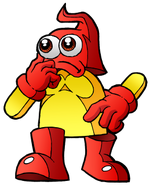 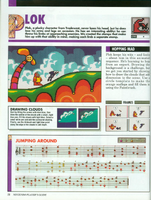 A section of the Mario Paint Nintendo Player's Guide tells how to draw Plok. The song is a segment of the Gohome Cavern theme. 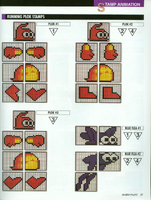 Plok has a cameo appearance in Zaku. 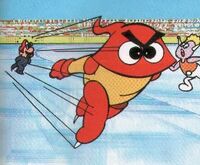 Every fan-based artworks/ render/ (whatever) should be placed somewhere else in order to avoid confusion: Plok's Fan Art Gallery